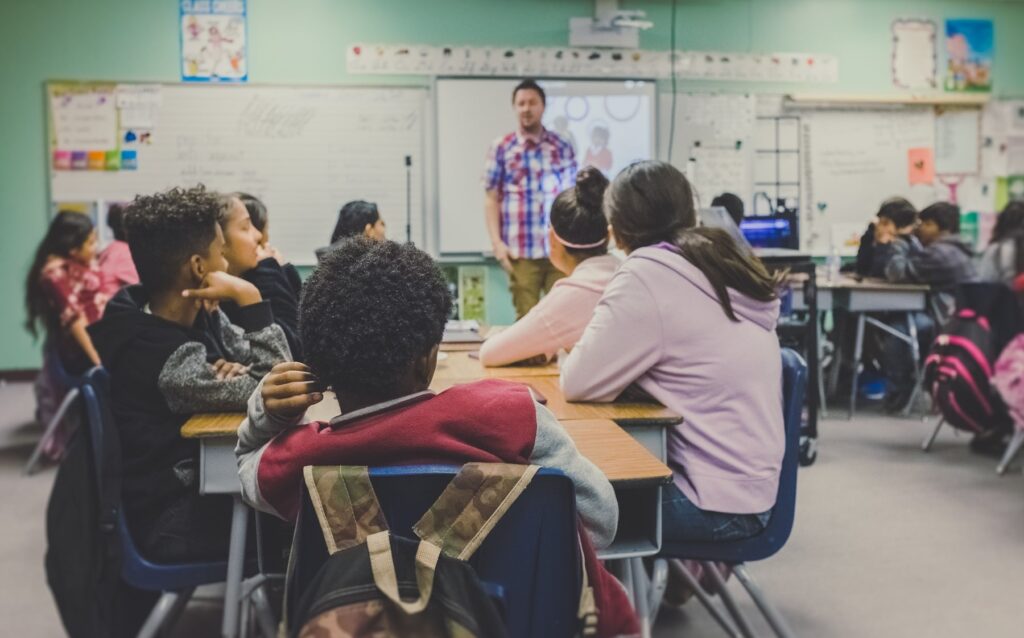 Educational premises have one thing in common. Whether a kindergarten, school, college, or university campus, they all should have CCTV to help protect their facilities, equipment, staff, and students.

Schools, colleges and other educational establishments can often be complex environments – made up of a number of different buildings and classrooms.

Cloud video surveillance for schools allows educational establishments to keep their buildings and people safe and secure, whilst also providing other key benefits, including:

The Videoloft platform is compatible with a wide range of camera & recorder brands, and getting started is easy. All you need is the Videoloft Cloud Adapter – the bridging device that will connect your system to the cloud.

Is there really a need for security cameras on nursery/school/university premises?

The answer is yes, most of them likely do require security cameras.

But why is that and what are the security threats?

Unfortunately, risks to students, staff, and the premises/assets themselves come in many different forms.

The US Department of education lists around 30,000 criminal incidents that happen annually in post-secondary institutions.

Furthermore, the UK Government produced quite an extensive list of potential security threats that schools and colleges face and advised the following locations to be covered by CCTV: ‘entrances, IT suites, offices, locations with little natural surveillance and circulation areas, both inside and out.’

Interestingly, only about 30% of those are cloud based security systems.

Advantages of cloud CCTV for Schools and Universities

Schools/colleges and universities are a frequent target of theft given they generally house valuable assets such as computers, laboratory equipment, gym equipment, and school vehicles.

2. Deter theft of both staff and student property

Staff and student property are also targets for criminals. Expensive belongings, such as personal mobile phones, computers, and bikes, are particularly vulnerable.

CCTV can dissuade criminals from stealing such items.

Deter other criminal activity on and around campus, such as vandalism and violence.

Knowing that there are security cameras can deter not just criminal behaviors, but also misbehaviors that go against school policy.

Monitoring footage from security cameras along hallways and in the classrooms can help to ensure that school rules are being followed.

5. Alert staff in real-time of any incidents taking place on the premises

Inevitably some incidents won’t be deterred. In this case, having a CCTV system that alerts staff to possible ongoing incidents can be crucial in securing help as quickly as possible.

6. Evidence of any criminal behavior that has occurred

If criminal activity does occur then having video footage of the event can help resolve the incident. Security footage can be vital to the process of identifying the perpetrator(s) and thus settling the incident.

Many unpleasant student incidents that occur on educational premises, such as bullying, remain unresolved as it becomes a case of one person’s word against another’s.

If any situations do occur on the school premises, security footage of the event from CCTV can be helpful in resolving the incident.

8. Help to keep intruders out

Schools can be a target for those wanting to harm both students and teachers. Cloud video surveillance can help to control those who have access to the premises, keeping out those who should not be there.

CCTV can also help to ensure the safety of vulnerable students. The purpose of the surveillance is to make sure the students are safe and to make sure they are receiving proper care and in some states is required by law.

11. Give parents and students peace of mind

Having a video surveillance system in place can help to give peace of mind to staff, parents, and students.

As they know that misbehaviors are likely deterred and that if an incident does occur that the security cams will aid a quick response and ultimately resolution.

This depends on the country you are in, but in some regions, it can be a legal requirement to have CCTV cameras on such premises.

What features does the ideal campus video surveillance solution have?

Most school and college campuses are large enough that they cannot be easily monitored by one or a few people. Even if those people include teachers with ‘eyes in the back of their heads’.

Therefore, having a CCTV platform that allows the ability to view all security cameras both on and off the premises is incredibly useful.

Videoloft is a cloud based CCTV platform allowing you to view camera live feeds and recorded video from anywhere, either the Videoloft mobile app or web browser.

Without alerts it can also be hard to know when important incidents are unfolding.

Therefore, having a cloud solution like Videoloft which alerts users when motion activity is taking place in the form of push notifications/emails can be really useful.

However, some systems may constantly alert despite certain times/areas being likely filled with unimportant activity.

For example, the entrance security cameras at the school rush at 08:55. For this reason, scheduling is vitally important, and Videoloft allows the user to schedule when cameras record & when alerts are received. 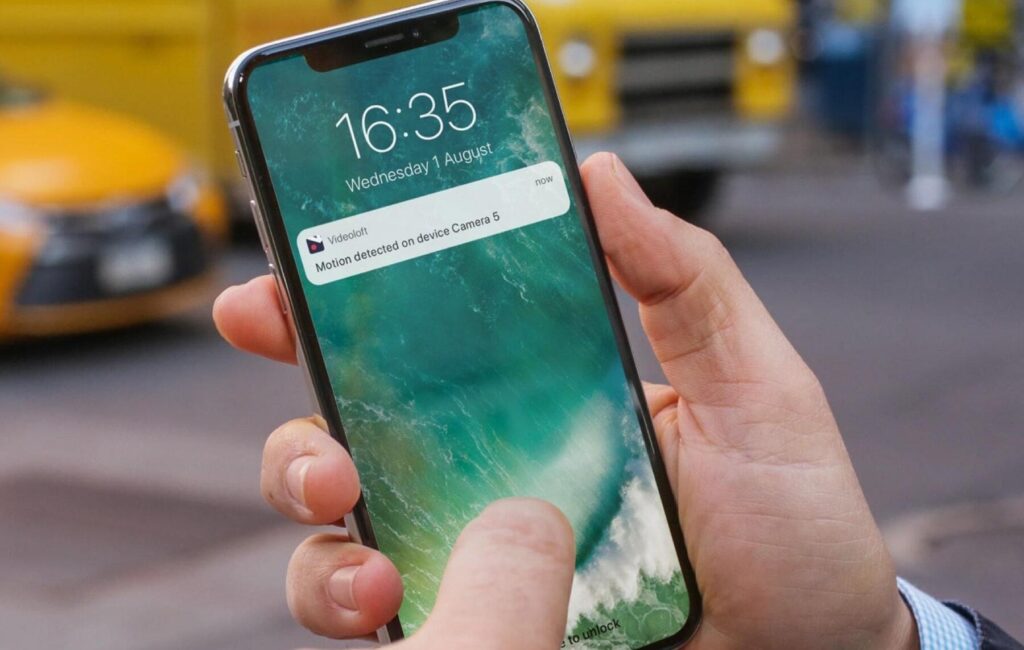 Scheduling can significantly reduce the amount of irrelevant footage recorded, but Videoloft’s object detection can save even more time. It allows the user to quickly search footage for relevant clips.

It is also crucial to have a system like Videoloft that allows the main user to edit permissions quickly so that they can allow other people to monitor the footage as well.

It should also allow other users to access the footage so that video evidence can be quickly downloaded and shared with the correct recipients.

Mitigate any risk of losing vital footage due to deliberate or accidental damage (fire/flooding etc.) to local recorders, by storing footage with Videoloft; either directly to the cloud or alongside the local recorder.

No port forwarding is required, which defeats a security flaw frequently encountered with local recording devices.

Schools need a system that they can easily adjust to suit their changing needs.

With recorders, the user has to predict how much storage they will require and accordingly buy local storage equipment at one large upfront cost. When local recorders reach capacity they often overwrite without alerting the user.

One great benefit of a cloud solution is that storage plans can be changed so the user pays for what they need. That way they don’t have to predict how much storage capacity is needed and waste their budget on unnecessary costs.

Some cloud video surveillance systems like Videoloft allow almost any IP camera to connect to the cloud via ONVIF.

Another key point for security systems in schools is fitting within budget requirements but simultaneously not compromising on quality.

Although not commonly known cloud video surveillance solutions can be cheaper than the more traditional local storage.

This is especially because local storage often comes with hidden costs such as maintenance and repairs.

Videoloft’s cloud solution is also compatible with a host of cameras meaning that the end-user doesn’t have to buy specific cameras, they have a wide range to choose from.

It is key that the system is easy to use and requires little maintenance so as to not take up too much of any school technicians’ time.

Local recorders can be a hassle as they require continual maintenance and sometimes repairs.

Cloud video surveillance is often a better option in this case as updates frequently happen automatically, and with Videoloft your security professional will receive live system health checks to diagnose problems remotely.

What are the next steps – Getting cloud CCTV for schools and universities?

If you are the security lead for a kindergarten, school, college, or university and you are looking for cloud CCTV what do you do next? Check out Videoloft’s education page to learn more or choose your cloud plan, and create your account by getting started.

Are you a security professional looking to add cloud to customers’ security systems? Learn more about our free partner program for security installers, integrators and dealers. 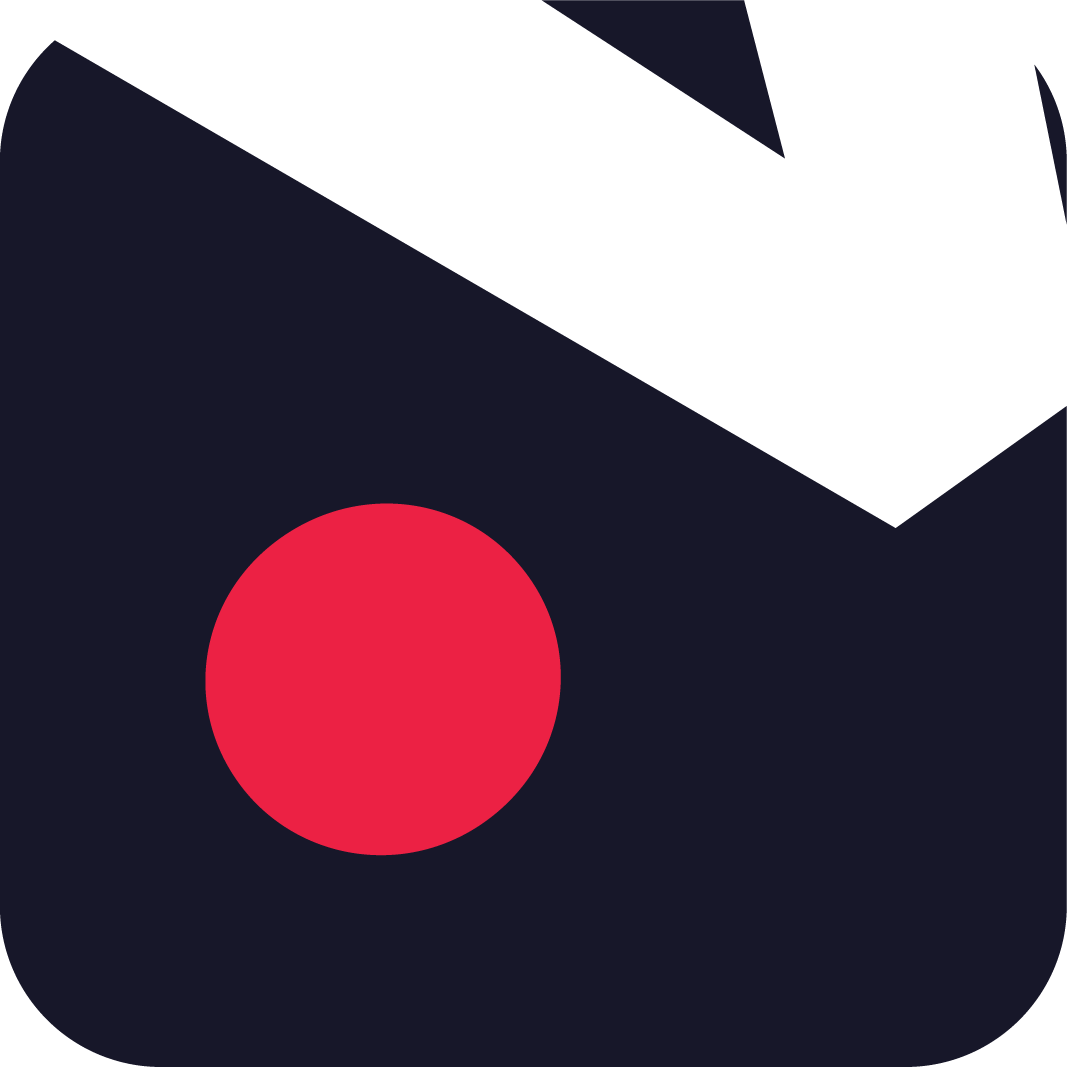